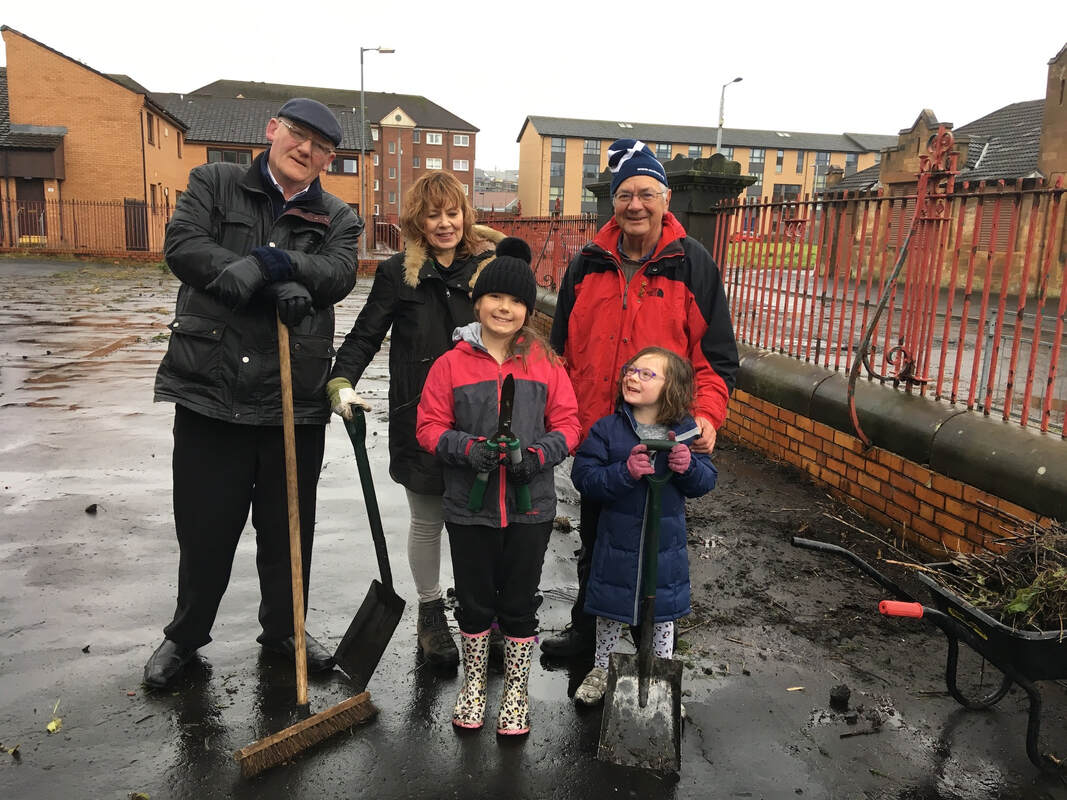 It is with great sadness that we have to report the death of Bill Carson, Pollokshaws community champion and the driving force behind the campaign to save the Sir John Maxwell School.
His death on 20th April 2020 shocked  and deeply grieved his many friends and colleagues both in the immediate community of Pollokshaws and beyond.
Bill loved the historic burgh and devoted his life to it. Everybody knew him. He knew everyone - and was on first name terms with every local politician. He was, as many have reflected, the councillor that the Pollokshaws community never had!

Bill was involved in everything but neither sought the limelight nor personal glory. He was motivated solely by a desire to get the very best for Pollokshaws and its residents.
He will be remembered for his tireless work as a community councillor, his philosophy of inclusiveness - exemplified by his organisation of of the Pollokshaws community carnival and the now annual,  spectacular Pollokshaws Firework display. Another notable triumph was Bill’s  successful campaign for the return of the Auldfield Church Bell to its home in  Pollokshaws.

Bill’s funeral service, under Covid-19 restrictions, was attended only by 6 members of his immediate family. Many others lined Shawbridge Street for the passage of Bill’s cortege as a mark of respect for their friend and neighbour.
Thanks, however, to the use of webcasting technology, many others were able to participate in the  inclusive and moving service conducted by Rev. Roy Henderson of Pollokshaws Parish Church.
Through Roy’s empathetic oration, all were able to gain additional insights into the life of the Bill we all recognised and loved.
Few, other than family, knew of Bill’s early life including his involvement as a drummer in the band of the 267th Boys Brigade based at Govanhill West Church, Daisy Street - from which evolved his love of the pipe band music which provided a backdrop to the service.
Some knew of his career as a  Police Officer (at Craigie, Tobago and Orkney Street). Others were aware of his work as a friendly  and caring security officer, who literally knew the names of every person within his building. His physical stature well-suited him for  both occupations.
A prayer crafted by his brothers and the eulogy offered by Roy Henderson were poignant reminders of a life well-lived. William Carson was a real gentleman. His quiet, unassuming and friendly  manner made those who met him feel the better of having done so.

​He will be sadly missed, though never forgotten. It will not be possible to walk past  Pollokshaws Church and the Auldfield Bell without a reflective moment for Bill.

Let’s continue to work together to help secure a future for the Sir John Maxwell School for the community of Pollokshaws and beyond - and for Bill.