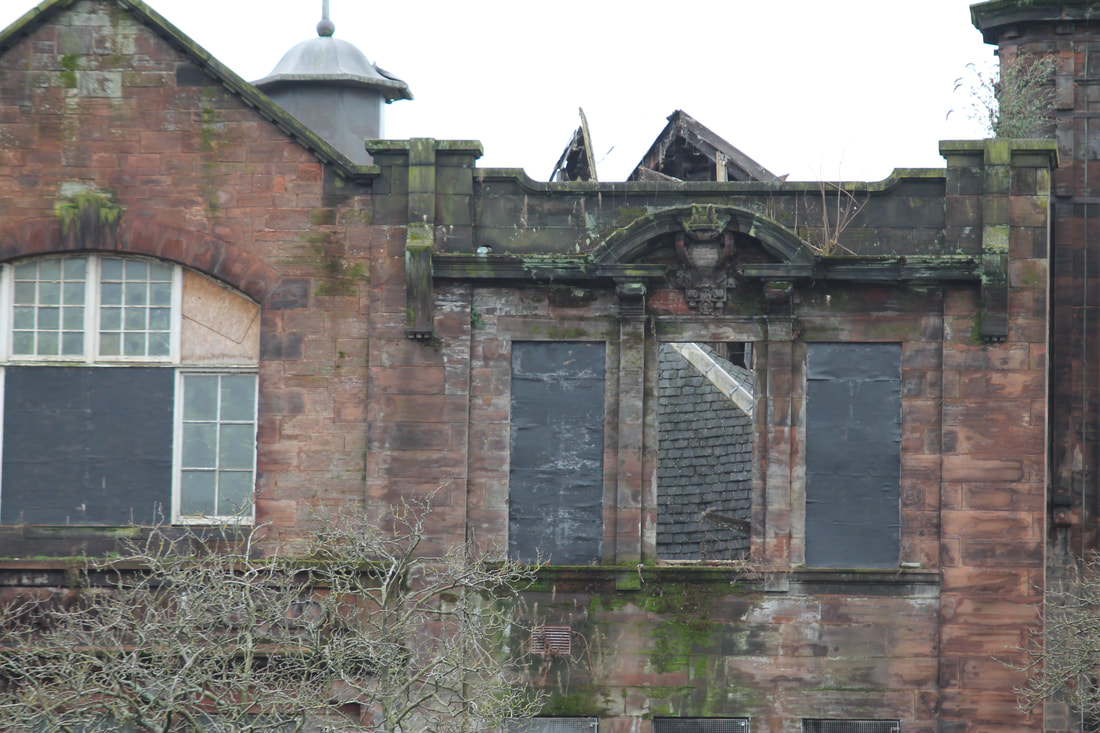 We wish to provide an interim statement about the former school building in response to the number of expressions of concerns we have received:
“In the interests of public safety, when it had become apparent that the roof had suffered a partial collapse, City Property (on behalf of the Council) inspected it and undertook work necessary to make it secure, and protect public safety. The contractor appointed, whilst a ‘demolition contractor’ is also a specialist in structural preservation - and was engaged, for example, at the Glasgow School of Art following the devastating fires. In addition, independent structural consultants have been employed to monitor the works being undertaken - both to ensure that there are no risks to public safety and that any work undertaken is appropriate. Trust members have been in correspondence with Council officials and have also had a video meeting with them. In due course a report will be submitted to the Council for consideration by the elected members  following which it is hoped to provide a joint statement on behalf of the Council and the Trust.”